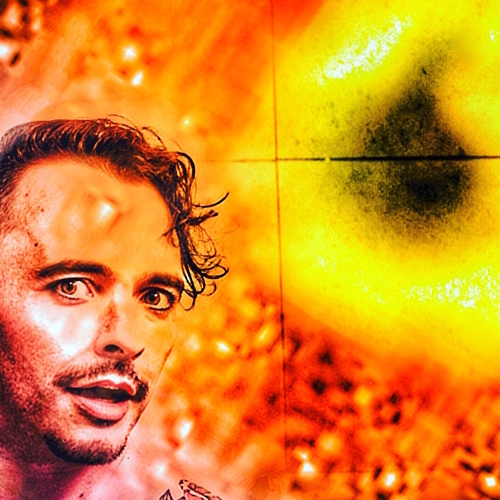 written and performed by Nico Grelli

NYC actor and Grange Hall Cultural Center Artist-In-Residence performs Pier Valentino’s: Show Without End! (The Final Broadcast)on January 16, 17, & 18 at 7:30pm as part of MOXIE Productions’ 2020 One & Only Series, a celebration of solo performances,  Written and performed by Nico Grelli, and directed by Nidia Medina, this fantastical, poignant and comedic piece was written in the Grange Hall Cultural Center’s 2018 Artist-In-Residence program which is dedicated to providing artists with time and resources to develop new performance pieces.   Nico has taken the fall of 2018 and all of 2019 to develop this play with music in New York City to bring it back to Vermont to share it with the Grange Hall Cultural Center community.

“Grelli has mastered the role of Pier…Wonderfully campy and deeply hilarious.”

--James Bartholemew, All About Solo

Show Without End! has broadcast sometime between midnight and 4am every Monday (and occasional Thursday) on Bay Area Public Access Television, just after Barry Weatherjam’s Bagpipe and Kazoo Jamboree Hour. And in the final hour (or so) before the imminent asteroid collides with our planet, Pier has decided to share the very last Show Without End with whomever would so choose to watch.

This is from Pier:

“All praise the Olive Duchess, who is all things, and who is me, and who is you. May we strut, as the Duchess does, through what remains of this existence, and into the next existence, once the approaching asteroid rear ends us off the galactic highway and into the deep, cold, oxygen-less vacuum that is the Milky Way. My humble freaks, my gentle geeks. Let me be your steadfast Captain through this last dark night. Consider yourself welcome to share the end with me, on the final Show Without End.”

Nico Grelli is an actor/writer/director/choreographer based in NYC.  As a theatremaker, Nico’s had residencies with The Nuyorican and The Tank, and has work developed/produced with places including Labyrinth Theatre Co, Ensemble Studio Theatre, NY Madness, and Theatre Breaking Through Barriers. Acting honors include a Jeff Award Nomination for The Rose Tattoo in Chicago and New York Innovative Theatre Award for Best Lead Actor in The Jamb, directed by Obie Winner David Drake. Film credits include: It Had To Be You produces by Chris Columbus. Nico is a teaching artist with Epic Theatre Ensemble, the 52nd St Project, and the Kennedy Center American College Theatre Festival. Education: UCSB (Creative Writing) and NYU (Acting and English/American Lit). Apprenticeships: Ensemble Studio Theatre and Labyrinth Theatre Co. They are a proud member of AEA, SAG-AFTRA.

Limited enrollment. Open to all 16 years and older.

or at the door as space allows

OR RECEIVE A WORKSHOP DISCOUNT!

$15 with the purchase of ticket to Pier Valentino's: Show Without End!

(choose the purchase package of Show & Workshop when buying your ticket.)

The purpose of this workshop is to provide a safe, inspiring, fun and disciplined space in which the participants can access their more subconscious, ego-less selves, and then to have time to interpret what emerges in a theatrical context, and without time to question their choices. In a way, it’s a two-part writing process—in that there is what will be on the page, and then there is the what and the how it will be presented or performed.